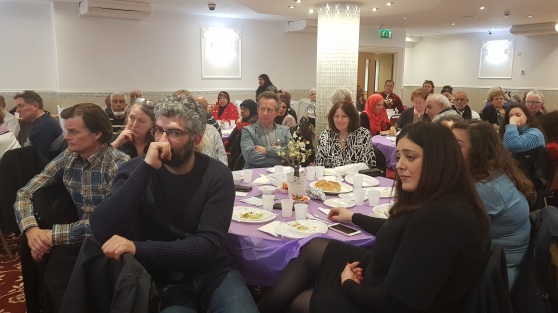 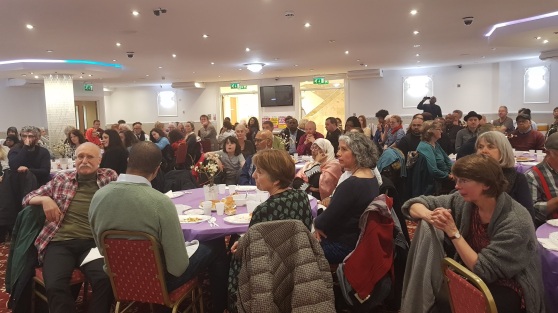 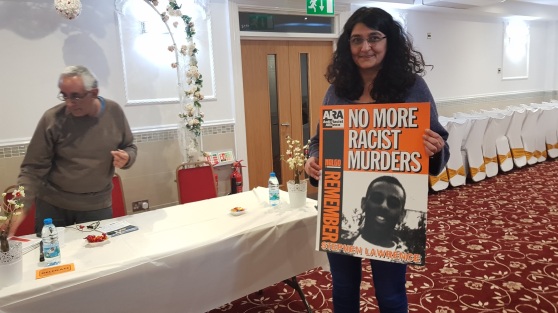 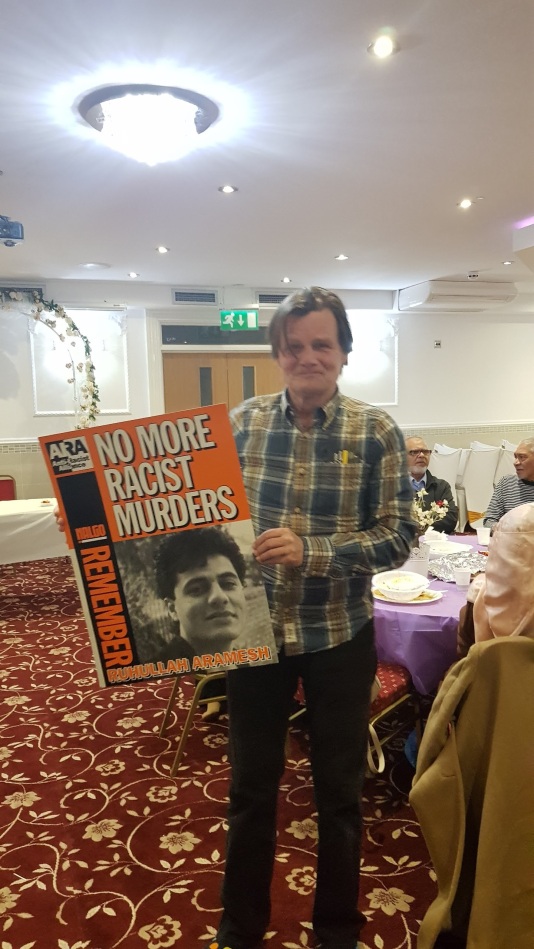 On Sunday 29 April, anti racist campaigners from Haringey gathered to break bread together at Wightman Road Mosque with David Lammy MP giving the keynote speech on the fight to get justice for the Windrush Generation.

Seema Chandwani, co-convener of Haringey Stand Up To Racism announced that the fundraising dinner raised over £1000 which will enable it to fund important campaigns to fight racism.

I spoke about the sharp rise in Islamophobia in recent years. It is 25 years since the murders of Stephen Lawrence and Ruhullah Aramesh. Those racist murders have not stopped – Mohammed Saleem was brutally murdered five years ago as was Makram Ali outside Finsbury Park Mosque last year.

I showed a video of my recent Refugee Solidarity Trip to Calais with Haringey Stand Up To Racism activists. The evening ended with an auction of historic documents: two Anti Racist Alliance placards featuring Ruhullah Aramesh and Stephen Lawrence.

It was great to take a break from the intense local election campaign and spend a fine evening with comrades and anti racist campaigners. Thanks to Wightman Road Mosque for providing the venue and donating all the lovely food for the fundraiser.