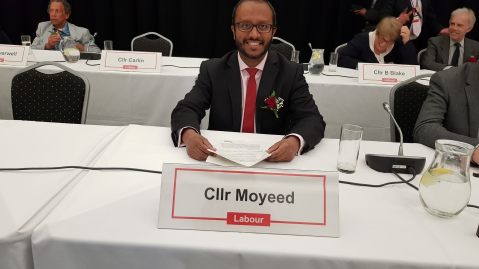 I am a Labour party member and a solicitor specialising in international arbitration, commercial litigation and charity law. I was elected as a Councillor in 2018 and re-elected in 2022 representing the Noel Park ward in Haringey. Below is a timeline of my career and involvement with Labour Party politics.

2003: Graduated with a Law degree and started my career as a community organiser working for a local charity, Haringey Peace Alliance.

2007: Called to the Bar as a barrister and joined the Cabinet Office as a Legal Adviser advising Ministers, MPs and Peers on charity law and regulation.

2013: Qualified as a solicitor and returned to London joining Clyde & Co where I specialised in international arbitration.

2016: Elected as chair of Tottenham Green Branch Labour Party. It is where I have made my home with my wife and our two children. My wife works as a doctor at an NHS Hospital.

2018: (i) Elected as a Councillor of Noel Park ward where I began my political career. (ii) Started my own legal practice at Exons. (iii) Elected as Vice Chair of Young Labour Lawyers.

2018: Elected to Labour’s National Constitutional Committee with 327,292 votes across the country.

2019: Elected as Chair of the Housing and Regeneration Scrutiny Panel in Haringey Council.

2020: Elected as Chair of the Environment and Community Safety Scrutiny Panel in Haringey Council.

2021: Elected as Vice Chair (Campaigns) of Tottenham Constituency Labour Party. Elected by my fellow Labour Councillor colleagues as the chair of Haringey’s Overview and Scrutiny Committee.

2022: Re-elected as a Councillor representing the Noel Park ward in Haringey Council.

As a lawyer and a campaigner, my mission is to help people improve their lives. London gave me incredible opportunities to be what I am today and I try to give something back. I often provide pro bono legal advice to clients through my law firm, Exons.