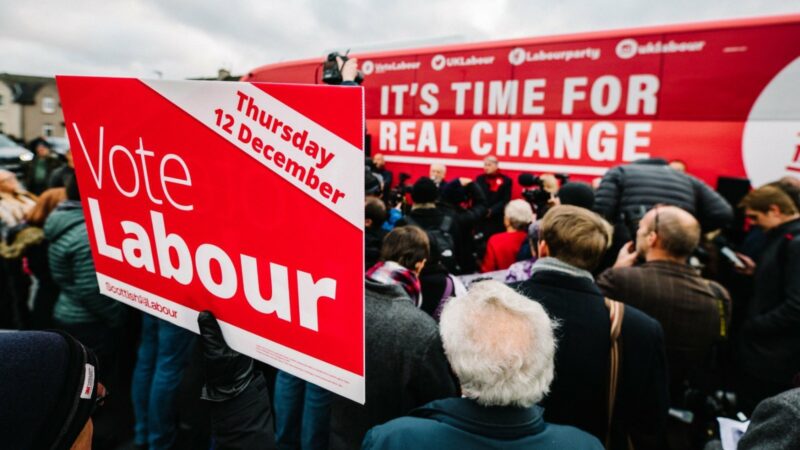 As the exit poll was announced on Thursday 12 December 2019, it was clear that Labour was facing its worst electoral defeat since the 1930s. I expressed my initial thoughts in an article on LabourList as the result was coming in:

In the 2017 general election, Labour achieved the biggest increase in vote share of any political party since 1945. As I am writing this, according to the exit poll Labour is on course to win only 191 seats in this election. This would be the worst result, in terms of number of seats won, since the 1930s. It is a devastating blow to the Labour movement.

The difference between 2017 and 2019 is the change in Labour’s Brexit policy. In 2017, Labour said in its manifesto that it respected the outcome of the EU referendum. This remained the Labour policy for a long time and it was doing well in the polls while the Tories were tearing themselves apart over Brexit. In September 2018, Labour had opened up a four-point lead over the Tories, according to a Survation poll.

The Tory crisis over Brexit continued to deepen. In December 2018, Theresa May’s government was the first government in history to be held in contempt of parliament over its failure to publish the full Brexit legal advice. In January 2019, May had suffered the worst parliamentary defeat in history over her Brexit deal. It did not look like things could get any worse for the Conservatives.

Meanwhile, Jeremy Corbyn resisted calls to adopt the so-called ‘people’s vote’ as a Labour party policy. There were growing calls to change Labour’s policy on Brexit as the street marches for a people’s vote got bigger and bigger. Petitions calling for a people’s vote attracted millions of signatures. Labour finished third behind the Liberal Democrats in the EU parliamentary election in May 2019. The Labour Party caved into the internal pressure and adopted a second Brexit referendum as a policy at its conference in September 2019.

This gifted the Tories the perfect opportunity to mount a comeback by creating a narrative of Labour betrayal over Brexit. Labour’s position in the polls began to suffer. And Boris Johnson and Dominic Cummings exploited this to go after Labour leave voters in northern heartlands. This was an expensive gamble and it seems to be paying off. Labour is losing seats in its ‘red wall’ seats that it had won for decades. Blyth Valley, for example, has never had a Tory MP until now.

Working class towns including former mining constituencies are turning blue. Traditional Labour voters who have never voted Conservative have voted for Boris Johnson to ‘get Brexit done’. It is a message which resonated with voters in those constituencies. On the doorstep, I spoke to many working class Labour voters who were not happy with Labour’s Brexit position. They felt that Labour had deserted them. Labour had adopted a Brexit policy that was overwhelmingly pursued by metropolitan elites with whom they could not relate.

Brexit is Boris Johnson’s Falklands war moment. Despite being consistently behind in the polls, Margaret Thatcher turned around her fortunes in the 1983 general election on the back of the British victory in the Falklands War. After the loss of the Tory majority in the 2017 election and the open civil war in the Conservative Party over Brexit, Boris Johnson was able to turn around the Tory fortunes by exploiting Brexit and going after Labour Leave voters.

Labour’s change in its Brexit policy from 2017 was the main reason why it has lost this election. If Labour had gone full Remain and joined the so-called ‘Remain alliance’, it may have lost even more seats. We just have to look at the Liberal Democrats’ failures in this election as evidence of that. Those who were instrumental in changing Labour’s Brexit policy from 2017 have to shoulder much of the responsibility for our devastating defeat.

It is important that we do not implode as a movement in a blame game that may now ensue. We still have to perform an important role in opposition holding the Tories to account. Boris Johnson’s mantra of ‘get Brexit done’ is itself a big lie – because it will take many years to negotiate a new trade deal with the EU. Brexit will not be done by January 31st and there remains a real risk of a cliff edge, no-deal Brexit at the end of 2020. Labour will have to hold Johnson’s feet to fire over Brexit and the light-touch promises that he has made to invest in our public services.

We must not retreat from our policy positions in all other areas. We need to continue to make the arguments that we made to protect our NHS, invest in our public services and bring about a green industrial revolution. We are a mass movement of people brimming with passion to bring about a real change away from austerity, privatisation and tax cuts for the wealthy. Thousands of Labour members went out braving the cold, having millions of doorstep conversations about Labour policies for the many. We will need to harness that energy and ensure that a Labour government is elected in post-Brexit Britain.