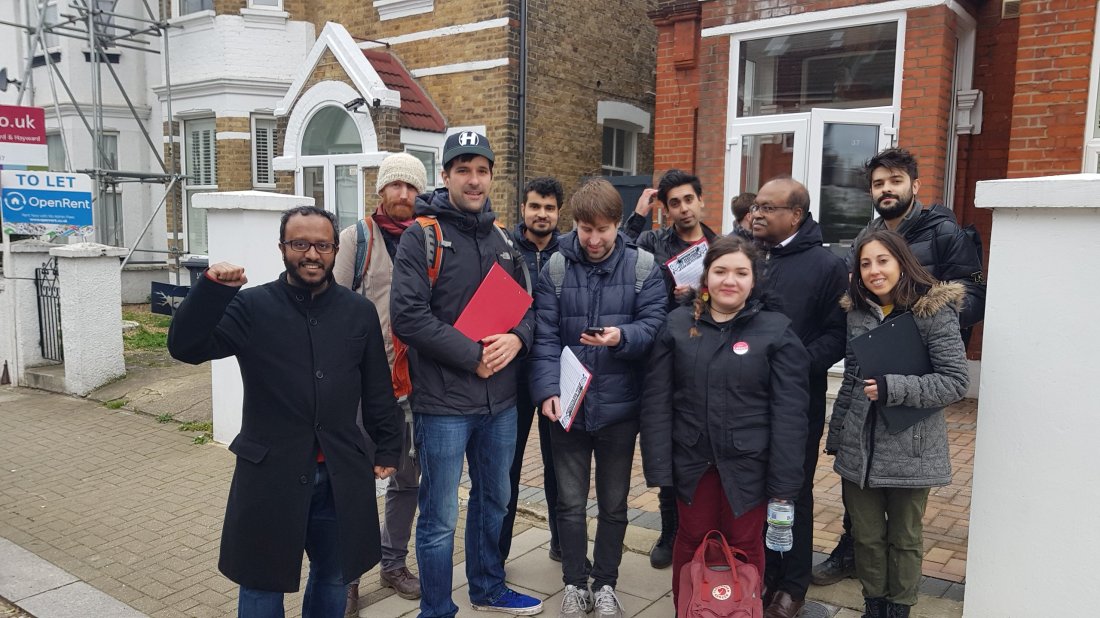 On Saturday 16 March 2019, I spoke at the #UnseatChuka event on Streatham Common along with the iconic Diane Abbott MP and Owen Jones calling for a by-election in Streatham after Chuka Umunna MP left to form the Independent Group. Later, I joined activists to knock on the doors of local residents collecting signatures for a petition to have a by-election in Streatham to elect a Labour MP. Below is the speech I delivered.

“Comrades, I bring you greetings from Haringey Labour Party where we have the first Corbyn Council in the country and I am a proud member of that administration.

We achieved something quite amazing with our grassroots Labour Party members in Haringey.

We took on the Haringey Development Vehicle – the biggest privatisation of council homes – and defeated it.

We stood up to demolition of people’s homes, social cleansing and gentrification.

Comrades, why am I telling you this? Because my experience in Haringey has a direct relevance to Streatham where the Cressingham Gardens – a beautiful estate with 306 council homes is facing demolition. It is something that Chuka Umunna enthusiastically supported.

Now that Chuka has left the Labour Party in which he had never felt comfortable and got elected on the backs of grassroots Labour members, we have an opportunity to change the discourse. And we must seize this opportunity.

Last time, I gave a speech at your democracy roadshow in August, I met Helen Carr, a resident on Cressingham Gardens who has been campaigning against the demolition of her home and destruction of her community.

Like we did in Haringey, Streatham Labour Party members need to take on this fight to support Helen and the other residents on Cressingham Gardens.

And the fight needs to be part of a radical shift in our political direction.

We need to own our 2017 election manifesto – a radical vision for Britain which attracted an extra 3.5 million voters, the biggest increase in vote share since 1945.

We need to go to the people of Streatham and talk to them about ending auterity, renationalisation of our railways and utilities, free tuition fees and a foreign policy based on diplomany and dialogue.

I will end by saying this to Chuka Umunna:

You got elected on the backs of handworking grassroots Labour members, but they deserve to have a Labour MP. Since 1992, Streatham has always had a Labour MP.

And you are always banging on about a second referendum. Well, people of Streatham deserve to have a referendum on your manifesto.

I read the ideas in Chuka’s Manifesto. Amongst a whole swathe of discredited neoliberal policies, he advocates a national service. Let’s have a national service for Chuka Umunna, for Mike Gapes, for Gavin Shuker, for Angela “Funny Tinge” Smith and the rest of the Incoherent Group, and the Irrelevant Group. Thank you.”