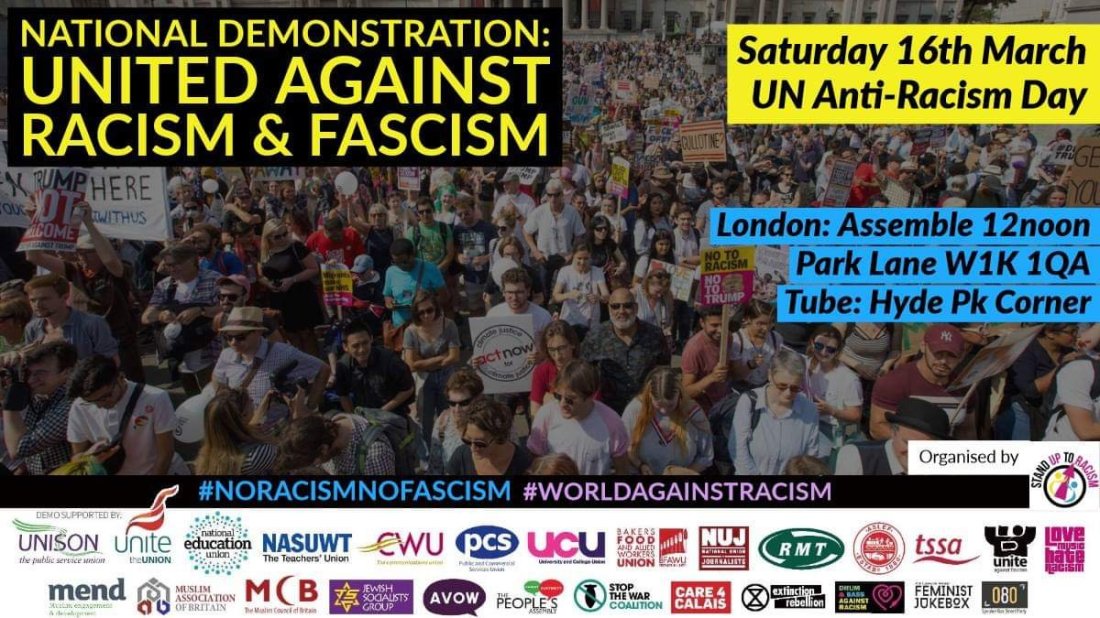 “We are proud of Haringey as an ethnically mixed borough with a proud history of anti-racism. We want it to stay that way.

Yet racism, fascism, anti-Semitism and Islamophobia are on the rise across the world, inspired by the election of President Trump. From Bolsonaro in Brazil and Le Pen in France to government ministers in Hungary, Austria and Italy – racists and fascists are moving off the political margins to centre stage.

In Britain, a new far-right street movement is attempting to take advantage of the political crisis by scapegoating migrants, refugees, the Muslim and Jewish communities. A wave of Islamophobic hate crime is continuing to grow, with Muslim women at the sharp end. There has been a resurgence of antisemitism. Even in Haringey, we have seen examples of hate crime and racist graffiti.

The Windrush scandal has shown the inhumanity of the government’s ‘hostile environment’. Detention and deportations are blighting the lives of people who are part of the fabric of our society, and thousands of refugees remain stranded in northern France. Some Haringey Labour Councillors have been on refugee solidarity trips to Calais.

Our EU residents and colleagues have become pawns in the Brexit negotiations.

The threat is real and growing but together we can turn the tide, as we have done before. In Haringey, we have a long tradition of welcoming migrants and of challenging racism. We gain strength from our diversity.
On UN anti-racism day on 16 March, there will be marches and demonstrations in cities around the world, including London. We urge residents and workers across Haringey to join the national demonstration against racism and fascism, called by Stand Up To Racism and supported by the Trade Union Congress.

Celebrate our diversity. Say no to racism and fascism.”