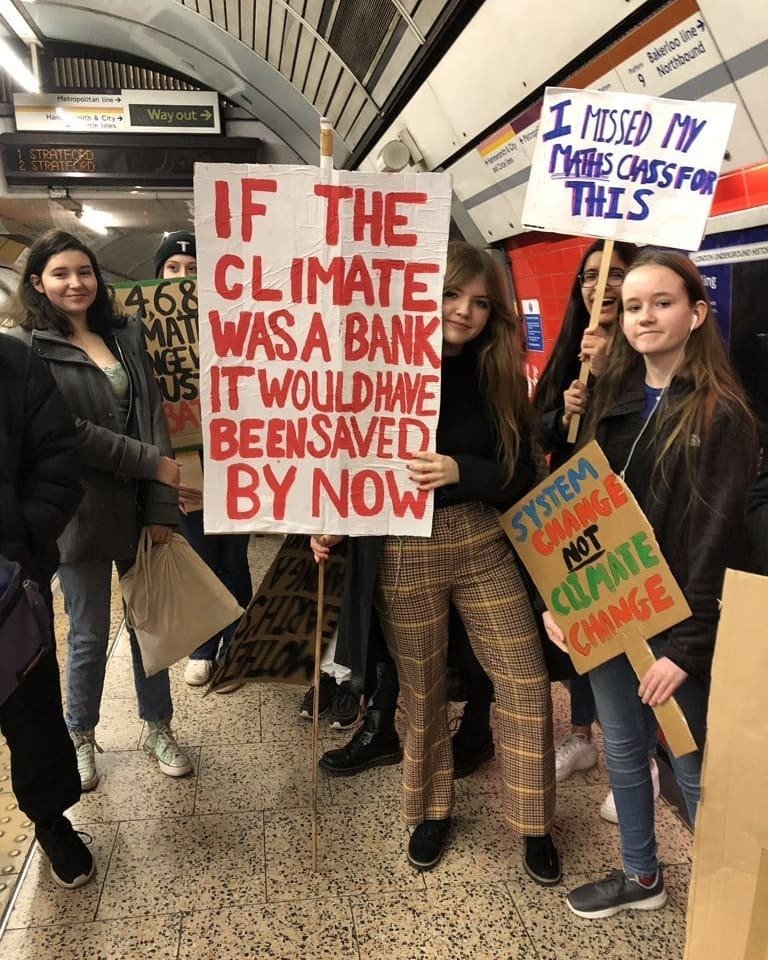 “We only have one planet. When it’s gone, it’s gone”

“Drown our voices = Drown our futures”

“If climate was a bank, it would have been saved by now”

“We missed our lessons, so we could teach you one.”

These were some of the inspiring messages on home made plackards carried by school children in Parliament square as they went on a strike over our government’s lack of action on climate change on Friday 15 February.

I also spoke at UK’s first climate hearing organised by Oxfam at City Hall. I talked about my experience of cyclone Gorky which hit Bangladesh in 1991 killing almost 140,000 people and rendering 10 million people homeless. Severe weather patterns such as cyclones, hurricanes and tsunamis have become more common in recent years because of climate change.

Theresa May began her term in office by scrapping the Department for Energy and Climate Change which had been set up by the last Labour Government. President Donald Trump withdrew from the Paris Climate Agreement which had been agreed by every other nation in 2015.

Actions of our governments in the UK and US are putting our planet at risk. School children have much to be angry as it is their future that is at risk from our governments’ inaction. I call on the UK Government to wake up and listen to these kids’ voices. As they said in one of their plackards: “Drown out our voices = Drown out our future”.